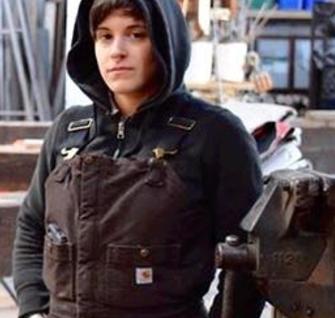 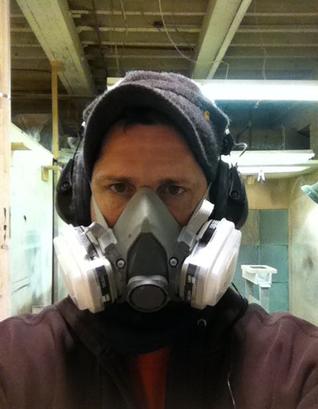 ​After graduating from Oberlin College with a BA in Art History and Studio Art, Doug lived and worked in New York City for approximately thirteen years. In the first few months of being in New York, he started working at the Solomon R Guggenheim Museum in their Production Services and Fabrication Departments. They built walls, platforms, pedestals and other miscellaneous exhibition items. He worked on and off for the Guggenheim both in the late 1990’s and then again in 2009-10.  In the meantime, he had been on staff at the Queens Museum in Flushing Meadows Corona Park where he was the Exhibition Carpenter and Preparator. While working there, he completed an MFA program in Sculpture at Hunter College.  Other museums and galleries that he's worked for, or done projects for over the years have included: The Princeton University Art Museum, The New Museum, The National Museum of American Jewish History, The Neue Galerie, The Bronx Museum of Art, Fleisher/Ollman Gallery, the Allentown Art Museum, and the Delaware Art Museum.

In 2011, he moved to Philadelphia and began working under the name Green Hill Art Services out of a warehouse in the Kensington neighborhood in North Philly.

Connie completed the Post-Baccalaureate Certificate program at the Pennsylvania Academy of Fine Art where she majored in Sculpture. While there, she won the Stewardson Figurative Modelling Competition. Her artwork has been featured in exhibitions at Napoleon Gallery, the Philadelphia Sculpture Gym, Pennsylvania Academy of Fine Art and the Go West Craft Show. She is a member of the Traction Company art collective and works as a sculpture shop tech for various Philadelphia college's Art departments.  Connie has worked for Green Hill Art Services since 2013.